One in God's Hand 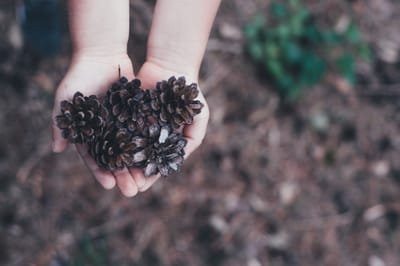 The Holy Scriptures declare that God made a covenant with Abraham, and within that covenant was a promise. Abraham would become the father of many nations,  descendants so numerous that no man could count them.  (Gen. 13:6, 15:5, 17:3-8)

Scripture is not silent on how God’s promise would manifest; however, a great deal of time would pass before the fullness of His promise was realized. That journey began when the promise given to Abraham was passed on to his son Isaac as an oath, and then from Isaac to his son Jacob as a statute. It would continue into subsequent generations in the form of an everlasting covenant to a set-apart nation called Israel — the descendants of Jacob. (Ps. 105:8-10. See also Gen. 17:1-9, 26:1-5, 35:9-12.)

Israel, like all nations before and after, would have times of peace and prosperity as well as times of war and disorder. It was during the reigns of King David and King Solomon that Israel enjoyed its greatest period of national blessing. But immediately after Solomon’s reign, conditions changed dramatically. The nation of Israel split into two separate kingdoms: Judah to the south and Israel to the north. (1 Kings 12; 2 Chron. 10)

Judah predominantly continued to walk in God’s statutes and commandments, while the Northern Kingdom of Israel, prophetically known as Ephraim or Joseph, fell into a downward spiral of idolatry. God repeatedly warned the Northern Kingdom that continued disobedience would bring expulsion from the Land, but those warnings went unheeded as Israel refused to repent. (1 Kings 11:29-35; 2 Kings 17:6-22; Hos. 11:5 )

Yet the grace of God knows no bounds, and despite His anger with the Northern Kingdom, His ominous promise also contained a pathway to restoration. When as individuals and as a nation Israel would repent and turn their hearts back toward Him, hearing and obeying His voice, He promised to gather them back from the nations into which they were scattered. Then He would circumcise their hearts and the hearts of their descendants so they might live again as a people committed to God. (Deut. 30:1-6)

Those who were called “not My people” would one day again hear the words, “You are sons of the Living God.” (Hos. 1:10, 2:23)
This call to repentance, which went out into all the nations, came from His anointed servant. Through him, the rebuilding of the House of Israel began. Two thousand years ago, Jeshua of Nazareth came, in his own words, to call “the lost sheep of the House of Israel.” (Matt. 15:24)
The sent one from God, who is authorized to speak and act in God's Name (Mat 28:28; John 5:27) has declared his heavenly Father and showed people the way to This Only One True God. By him people can come up again to Jeshua's heavenly Father and like Jeshua can call Him "Our Father" (Palm 89:26;Mat 6:9; Luke 11:2)

Though Jeshua lived among and addressed the descendants of the Southern Kingdom of Judah, the weight of his mission was clearly aimed at turning the hearts of Ephraim, the Northern Kingdom, back to the God of Israel. He trained twelve students to continue his work after he was gone and told them to “go to the lost sheep of the House of Israel.” (Matt. 10:5-6 )

Since that time, by the Holy Spirit, many millions around the world have turned to the God of Israel and marked as His sheep. These “prodigal sons” (Luke 15:11-32. Many believe this parable is speaking of Judah - the older brother- and Ephraim - the younger brother -.) were given enough understanding to remain separate from the world, but not enough to regain full understanding of their identity. One day, however, that started to change as the great awakening promised by God began to dawn. (Ezek. 37:4-11; Matt. 24:32-34)
An awakening could take place and by Jeshua his offering, he paid for the sins of all and made it possible that all who wanted to come up to God, would be able to walk onto the path to God to offer themselves as Children to God to Him. By the blood of Jeshua, the Kristos (or Christ) many now have been declared righteous, having become reconciled to Jehovah God (John 14:6; 10:8; Rom 5:1-11)

Now all those who love and honour God, can give themselves in God's Hand, coming under His blessing as "One People" united by the Spirit of God. The people called out of the nations are able to come in union and live by the Torah and making several ecclesiae for gathering under the name of Jeshua. (The Greek word translated as “church” is ekklesia. It simply means “to be called out.” ) As part of this “called-out assembly,” as mixed people of Judah, Jehudi, the Kehillot (or Jewish communities) and goyim, Jeshuaists stand on the promise that God will one day join us all to the House of Judah (the Jewish People) to become one united Israel, never again to be divided (Jer. 31:31-34/Heb. 8:8-11; Ezek. 37:15-19).
I BUILT MY SITE FOR FREE USING