In the first century of this common era it were Jehudiem witnessing about Jeshua.  From Jerusalem the movement of the Jewish sect The Way started. Later the third city of the Roman Empire, Antioch, located on the river Orontes in Syria, north of Palestine, which has been dubbed “the Paris of the ancient world became the staging area for the spread of the Gospel around the world. From there, Saul and his companion Barnabas later went forth on their missionary journeys, taking the good news to the Gentiles everywhere.

What Barnabas saw in Antioch was the power of Christ working in the lives of those Gentile believers of Antioch who embraced the ratzon HaElohim (the Will of God) for themselves. (The first thing Barnabas did was to travel to Tarsus and find Paul, that he might bring him to Antioch and see this for himself.) even when put in prison Saul did not lose his zeal as a missionary.

In the past we have seen many followers of Jeshua (or Jeshuaists) while in prisons and concentration camps, often having been granted special freedoms and privileges because of their Christian conduct. In several countries the Jews believing in Jeshua and goyim believing in Jeshua and living according his teaching could bring a remarkable change in personality by others who were with them in the cell or camp.

In the 1st century, by addressing his Jewish listeners as “brothers,” Saul tried to establish common ground with them and break down any prejudice they may have had. Many Jews in the past knew about the Jewish sect The Way, often because everywhere it was spoken against.

Acts 28:22 OJB  "But we desire to hear from you what you think, for lichora (apparently) with regard to this kat of Judaism, we have da'as that it is spoken keneged (against) everywhere."

With the years Jehudiem mostly came to hear about so called followers of Jesus, who worshipped a Trinity. The dogmatic doctrine of the Trinity made Jews keep completely aloof from such (pagan) believers. The majority of the Jews came to see and hear mostly christians who took Jesus as their god. therefore they did not want to give an ear to preachers of that faith.

But real lovers of God and real believers in Christ should let those Jews know they worship only the One True God, and not a tri-une god, like the majority of Christians may do (and therefore are also called Trinitarians). We have come in a time that non-trinitarians should know how important it is to take up the work which was first done by Jehudiem, but know seems to be reversed, having goyim or gentiles having to witness to Jews.

Everybody needs to hear the gospel. And God’s chosen people (the Jews) are certainly no exception. The Nazarene rebbe Jeshua came in fulfilment of the writings of Jewish prophets who were writing to Jewish people. So, if Jews don’t need Jeshua (or as he is better known today: Jesus Christ), no one does! Yes, Jews and Gentiles both need salvation in Christ Jesus, or Jeshua the Christ (Jesus of Nazareth).  It is wrong to think one has to be a Jew to be able to talk about faith to Jews. You don’t have to be Jewish to have an effective witness to Jewish people.

Virtually all Jews are proud of their identity as Jews, but this does not in itself make a statement about what they believe about God. Like in all other parts of the world, we can find many Jews, like so called Christians, who really do not believe in God and His promise of the coming Kingdom of God. There may be many non-believing Jews who also want to live in what they callltheir homeland Israel, because it was promised to Avraham, but that does not make them real believers. A,nd those who may be religious Jews, like religious christians, may have varying beliefs about God.

The Nazarene rebbeJeshua had gone from place to place, to preach about the coming Kingdom of God.

Luke 8:1 OJB  And it came about afterwards that he was traveling through every shtetl and village preaching and proclaiming the Besuras HaGeulah of the Malchut Hashem; and the Shneym Asar were with Rebbe Melech HaMoshiach.

Jeshua told people the reason why he was come was to bring witness about the matters of God.

John 18:37 OJB  Therefore, Pilate said to him, So you are a Melech (King)? In reply, he said, You say that I am a Melech. For this I have been born and for this I have come into the Olam Hazeh, that I might bear solemn edut (testimony) to HaEmes. Everyone who is of HaEmes hears my voice.

Jeshua trained his talmidim so that they too could train others and so that more and more people could get out in the world to preach and to do what Jeshua had learned to them.

Matthew 28:19-20 OJB  Go, therefore, make talmidim for Rebbe, Melech HaMoshiach of all the nations, giving them a tevilah in a mikveh mayim in Hashem, in the Name of HaAv, and HaBen, and HaRuach Hakodesh,  (20)  Teaching them to observe all that I have commanded you. And hinei! I [Moshiach] am with you always, even unto the Ketz HaOlam Hazeh.

We should know that how closer we come to the Ketz HaOlam Hazeh or endtimes how more important it becomes that more people come to know that Jeshua is the Way to God and that there is only One True God, the Adonai Elohim Hashem Jehovah, Who is One God above all gods.

Out of love we should go out in the world sharing our emunah and bring others also to our faith in Jeshua (or faith in Jesus). to do this we can use many occasions, at school, work or (sports)club. 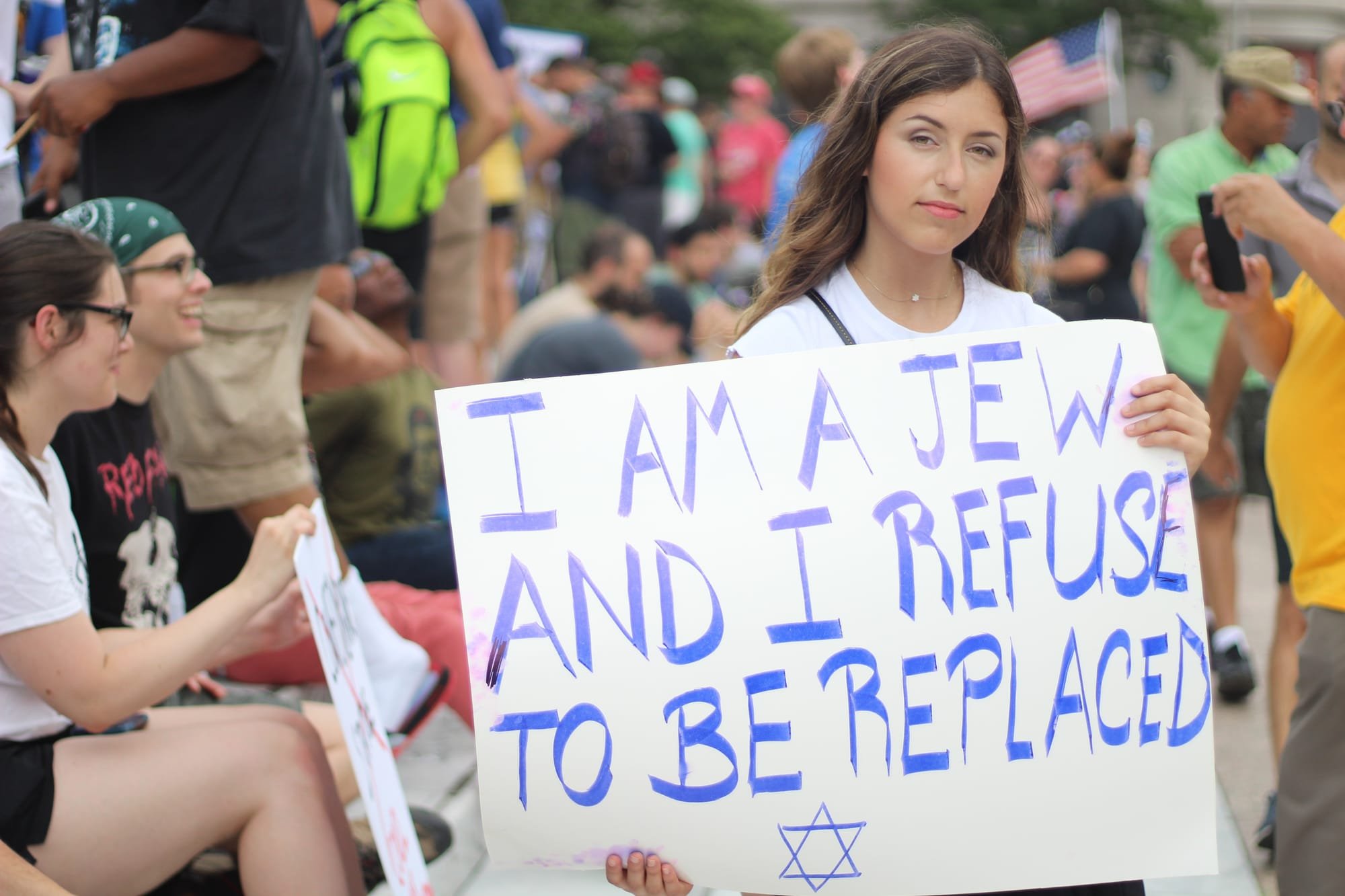 You also should know that it is more important to find out what your friends believe about God and the Bible than to find out what kind of synagogue they attend. For many Jews, their Jewish identity is more cultural than it is religious. But this doesn’t mean that their Jewishness is unimportant to them. Most Jews also think that the opposite of Jewish is Christian and so for them to consider Jesus is problematic because it means considering losing their Jewish identity. Therefore in witnessing to Jewish people about Jesus it is important to stress that they do not need to give up their identity as Jews in order to embrace Jesus as Messiah.

If they do not like the name Christian because it would give the impression that they would worship a three-headed god, than they should know they can use an other name, like Jeshuaist or Brother in Christ.

Take every moment of the day, every opportunity you get to share your friendship but also your love for God and His only begotten beloved son Jeshua (Jesus Christ). Know that the time may be limited, because when the end shall come it shall be to late to save people. By the growing amount of witnessing for Jehovah we can see that we are also coming closer to that predicted time. Warn them also about the Neviei sheker (false prophets), because when there shall be many trying to get people away from god whilst the gospel of the kingdom shall be preached in the whole world for a testimony to all the nations- then shall the end come.

Matthew 24:11-14 OJB  And many neviei sheker (false prophets) will arise and will deceive many.  (12)  And because of the increased mufkarut (lawlessness, anarchy--Mt 7:23), the agape (love) of many will become cold.  (13)  But the one having endured to HaKetz (the End), this one will receive Yeshuat Eloheinu.  (14)  And this Besuras HaGeulah of the Malchut will be announced in kol haOlam (all the world) as an edut to all the Goyim, and then will come HaKetz (the End). 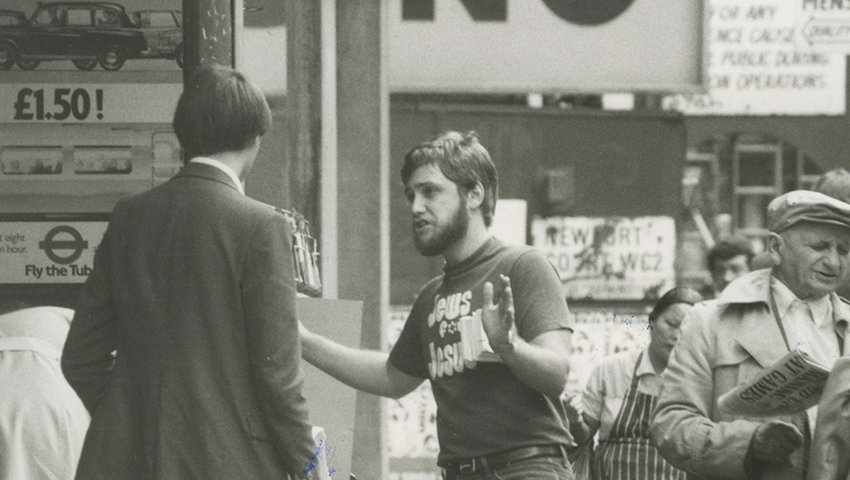